Pipeline Pigging Definition/Meaning Pipeline pigging refers to the use of pigging equipment/machines more specifically Pipeline Integrity Gauges or “PIGs” for the routine cleaning, maintenance, and inspection of pipelines. PIGs are propelled through the pipeline by differential pressure and product flow. There are two types of Pipeline Integrity Gauges, Utility PIGs and Intelligent PIGs.

Utility PIGs also referred to as Mechanical PIGs are used for pipeline cleaning and gauging and can be made from a range of materials including carbon steel, foam, and Plastics. 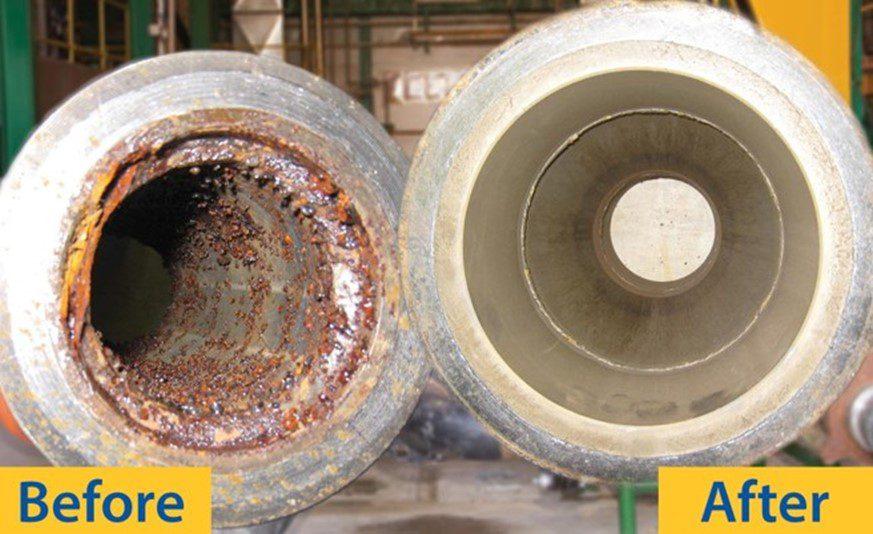 Intelligent PIGs also referred to as Smart PIGs utilize onboard sensors to collect and record information about the internal physical characteristics of a pipeline including ovality and geometric deformations, cracking, metal loss, and physical geographic location mapping. 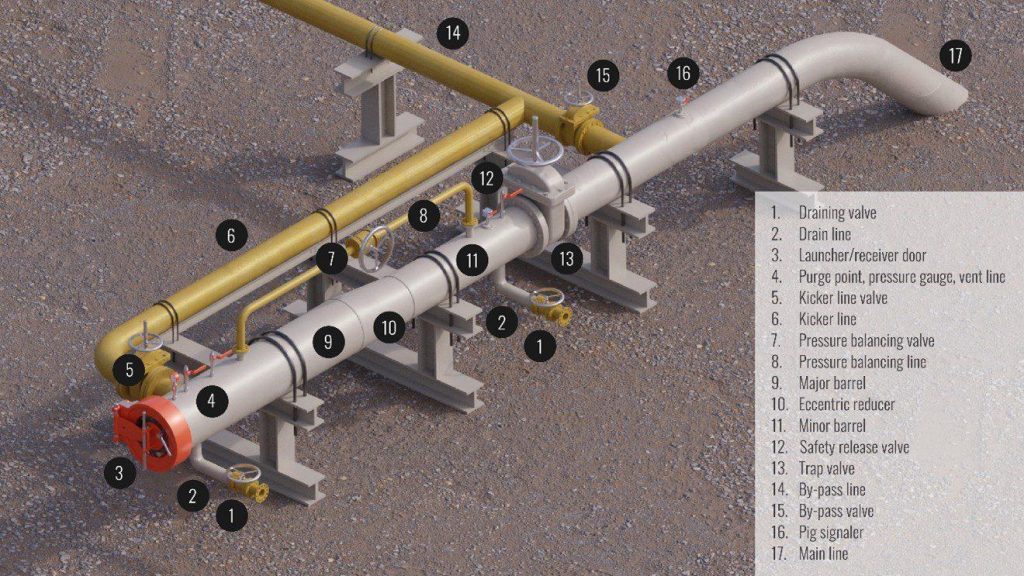 How, Why, and When is Pigging Used?

Pigging is performed throughout the lifecycle of a pipeline from pre-commissioning all the way through to decommissioning. The most common uses of pigging are routine cleaning, maintenance, and inspection of the asset’s internal characteristics. Launchers and receivers are installed at the beginning and at the end of the pigging section allowing for the insertion and removal of the PIG. Differential pressure is used to propel the PIG through the pipeline.

Pigging is used across a variety of pipeline activities.

The equation for calculating differential pressure or dP can be seen below.

Speed excursion in pigging refers to the sudden acceleration of the PIG due to inconsistencies and fluctuations in pipeline pressure. Gas compressibility is the main cause of speed excursion. While pressure increases in the pipeline gas is compressed until there is enough force to overcome friction and move the tool. Once the PIG moves there is a sudden increase in speed as the PIG accelerates although as the gas decompresses so does the pressure acting on the PIG and the tool speed decreases rapidly.

The Origin of the Term “Pipeline Pigging”

There are several theories as to why the process is called “pipeline pigging”. As none of the theories have been confirmed there remains controversy around the term.

Leather and Straw PIGs Many believe the term originated from the first PIGs that were ever made. The original PIGs were either made from leather or straw bales wrapped in barbed wire. As a result, they made an eerie, load, high-pitched squealing sound as they passed through the line similar to that of a pig.

The First PIGs Were Cleaning PIGs:

The First PIGs Were Cleaning PIGs Another popular theory is that upon receiving cleaning pigs the receiver is usually full of debris that looks like mud, similar to that a pig would be happy to sit in. 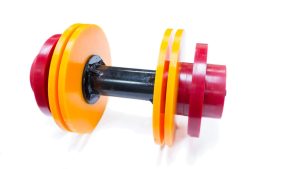 Spherical PIGs are available in all the same materials and formats as foam PIGs including crisscross, silicon-carbide, and with both wire and plastic brush bristles. Spherical PIGs are used for their ability to pass tight bends and are predominantly used in automated launching systems.

Solid cast PIGs are made from molded polyurethane. Because the entire PIG is molded in one piece cast PIGs can be designed with an increased number of seals which is helpful during batching. 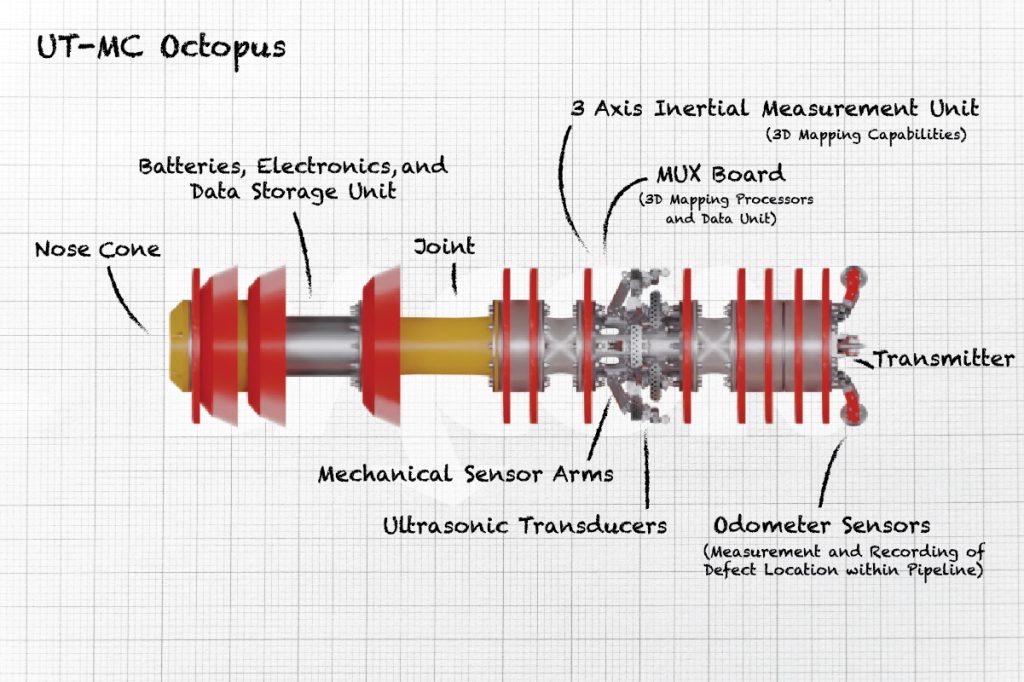 Both Utility and Intelligent PIGs can be fitted with tracking equipment allowing pipeline operators to track the movement of PIGs through the pipeline.

Single directional PIGs are used when receivers are present on a pipeline for extraction. 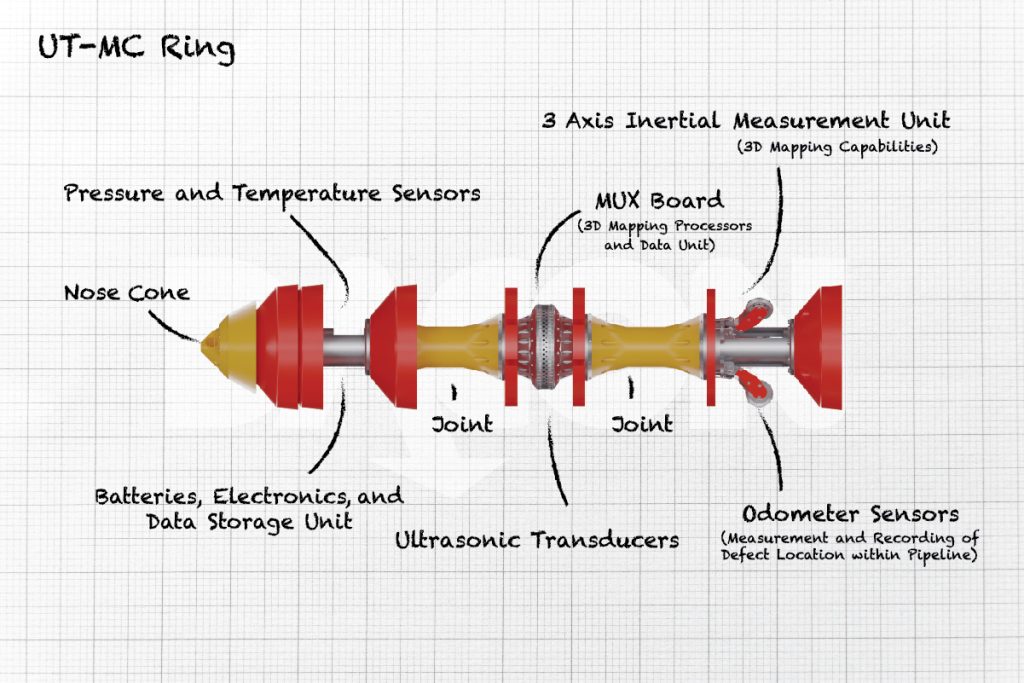 Bidirectional PIGs are used in pipelines that are not equipped with receivers. Many subsea pipelines end in Pipeline End Manifolds (PLEMs) and require the flow to be reversed once the PIG reaches the end of the pipeline, sending the PIG back to the launcher for extraction. 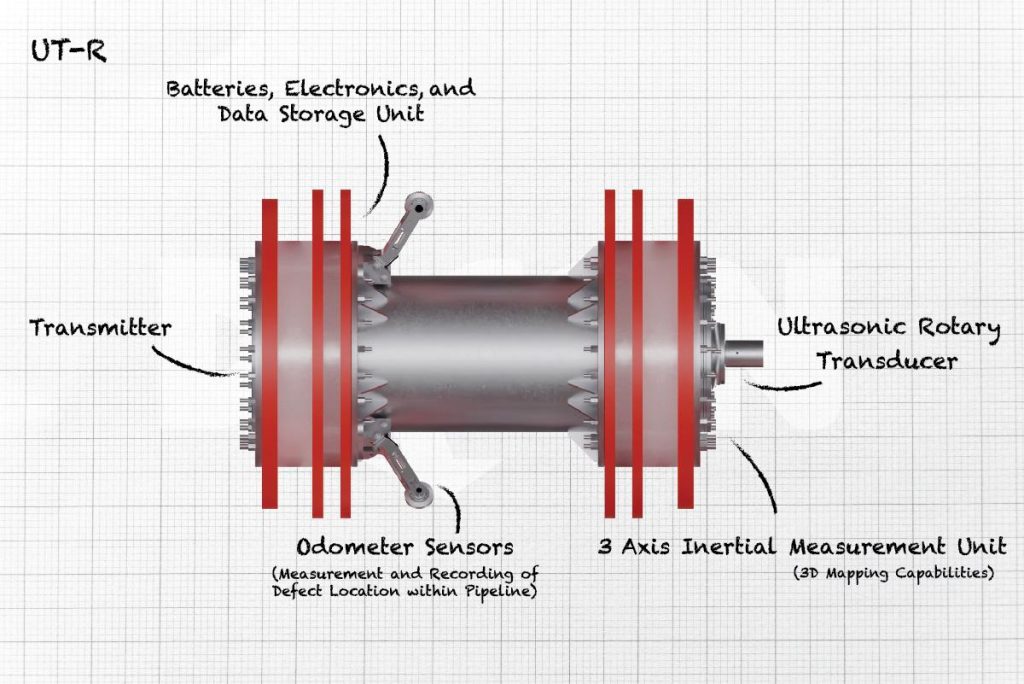 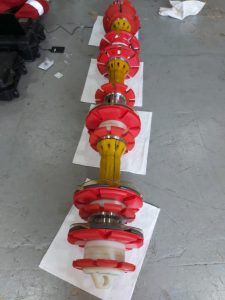 Gel slugs or PIGs allow for multiple diameter changes and the navigation of tight irregular bends.

Plug PIGs allow an operator to insert a temporary blockage stopping the flow of product through a pipeline while maintenance can be carried out.

Sudden pressure changes within intelligent PIGs can cause problems for onboard sensors and hardware. Hyperbaric PIGs allow for the balance and release of extreme internal pressures.

By-pass PIGs allow for controlled predetermined amounts of product to “by-pass” the sealing cup or sealing disks, resulting in a decrease in tool velocity while maintaining product flow.